What the Walt Disney Company does to reduce their environmental footprint and encourage and practice conservation.

“Conservation isn’t just the business of a few people – it’s a matter that concerns all of us.” Walt Disney

Disney has always been mindful of their environmental footprint. They have an entire theme park dedicated to conservation and education.

Animal Kingdom is more than just a theme park. Here’s how Animal Kingdom and Disney educate and leads by example. Through support from guests and The Walt Disney Company, since 1995, the Disney Conservation Fund has directed more than $75 million to save wildlife and protect the planet in 120 countries and inspired millions of people to take action for nature in their communities.

Did you know that nearly 1/3 of Walt Disney World® Resort (more than 8,000 acres!) has been permanently set aside for wildlife conservation?

Back in 2019, Disney eliminated single use plastic straws across their entire property.

Ten rhinos, including three born in Uganda where white rhinos were previously extinct, have been born as a result of a rhino breeding program at Disney’s Animal Kingdom® Theme Park. More than 300 endangered sea turtles have been nursed back to health and returned to the wild at The Seas with Nemo & Friends Pavilion at Epcot®, which houses a massive 5.7-million-gallon saltwater aquarium where Guests can learn about marine animals. 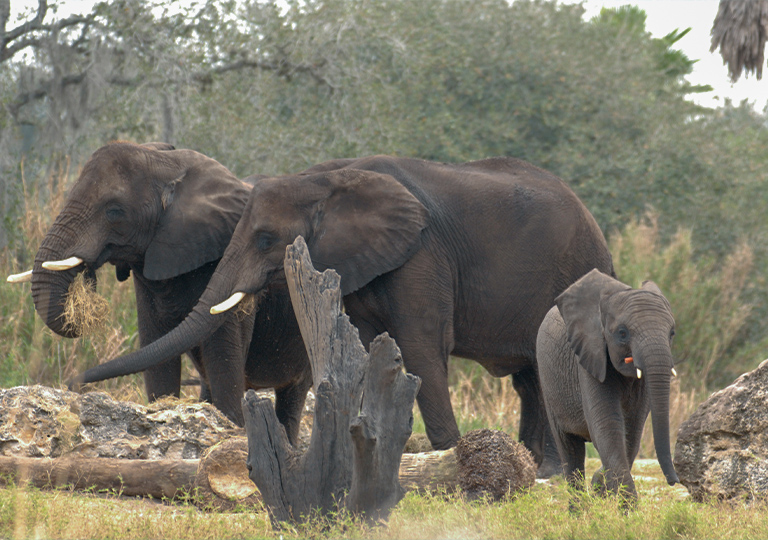 Check out what Disney has promised.

But that’s not all! The giant new solar farm doubles as a habitat for wildlife, nurturing bees and butterflies. Two-thirds of the farm is pollinator-friendly and some areas will also serve as test gardens for environmental and horticulture experts. “We know [pollinators] give back to us so much so we’re trying to create that habitat for them,” said Rachel Smith, a conservation programs manager for Disney’s Animals, Science, and Environment team.

There is so much more. Disney’s Land pavilion and Seas pavilion is dedicated to conservation as well. Disney hortoculturists use innovative growing techniques to grow fruits and vegetables that are used at Disney’s Garden Fgrill restaurant and also at Epcot festivals.

This only scratches the surface of Disney’s committment to the environment. Disney is a massive corporation who uses a ton of energy. It’s great to see the company dedicate time, energy and money to conservation.

To learn more click HERE to see some of what Disney does to make everyday Earth Day.

Minnie’s Garden Party This Weekend Only

Black Widow Release Pushed, What it Means For Marvel Universe