Happy Birthday to the one, the only, Mickey Mouse himself! One of the most popular icons in the entire world has been celebrating his birthday along with the birthday of his other half, Minnie Mouse all year but today is the official big day and we couldn’t be more thrilled to celebrate the Boss Mouse.

Mickey Mouse was inspired by the pet mouse Walt had as a child but he didn’t start as a mouse, instead, Walt Disney had originally created Oswald the rabbit. In 1927, Walt sketched out and brought to life Oswald the Lucky Rabbit. Universal loved it and ordered a series of shorts from Walt. Walt met with Universal in 1928 to negotiate a different contract and discovered that Universal had hired away all but one of his employees and retained all rights to Oswald.

Walt and his one remaining, loyal, imagineer Ub Iwerks took to the drawing board and began to sketch out a replacement for Oswald. Taking inspiration from a pet mouse that Walt had as a child they created a mouse from a rabbit and Mortimer Mouse was born. Mortimer later became Mickey as Walt’s wife said that Mickey was a more relatable name for people.

However, if you were to ask Mickey Rooney, he claimed that the inspiration for Mickey’s name was taken from his own name. 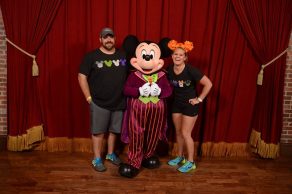 Mickey Mouse made his debut in 1928 in Steamboat Willie. The first two Mickey Mouse films cost $2,500 to create. Mickey has been a trailblazer in a number of ways.

One of the most notable was that he was the first animated character to speak! After several silent features, Mickey spoke his first words in a film, “Hot Dogs!” For several years, Walt himself provided the voice for Mickey Mouse. 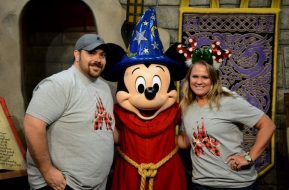 November 18 hasn’t always been recognized as Mickey’s birthday. The date has changed several times since 1928. In 1933, Walt claimed that Mickey would turn five years old on October 1, 1928. Which was the date his first picture was started, so we have allowed him to claim this day as his birthday.” Various dates from late September to December were often proclaimed as Mickey’s birthday.

Then, in 1978, Dave Smith who founded the Disney Archives decided that since November 18, 1928 was the premiere of Steamboat Willie, that this date should be and would be Mickey’s true birth date.

Yep, Mickey and Minnie are actually married. They have never had a wedding on film and still live in separate houses but they are indeed a married couple.

Mickey Mouse is the most popular write-in candidate for the office of President of the United States.

Mickey was the first cartoon character to earn a star on the Hollywood Walk of Fame. He earned his star in 1978.

Mickey released a disco album in the 1970’s and it was so popular it actually went double platinum.

Mickey Mouse is supposedly the most recognizable figure in the entire world, even more so than Santa Claus.

In 1932, Walt Disney received an honorary Academy Award in recognition of the creation of Mickey Mouse.

Mickey wears white gloves so that you can see his hands and they are differentiated from the rest of his body.

Walt held the original patent for Technicolor so that he was the only animator who could create cartoons in color. 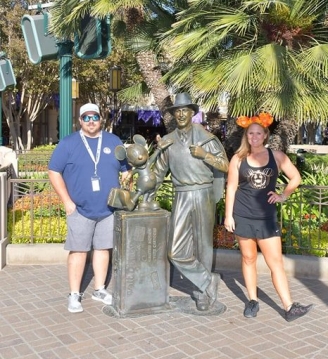 Walt created Mickey with only four fingers because he said that five made it look like Mickey had a “bunch of bananas” as his hands.

The beloved and iconic Mickey ear hats first debuted on the Mickey Mouse Club in 1955.  The hats were designed by Disney Legend Roy Williams.

Those are just a few fun facts and details about the history of Mickey Mouse. We are so thankful to Walt for bringing us Mickey. He truly has stood the test of time and is looking darn good for 91! Happy Birthday Mickey!