Star Wars: Galaxy’s Edge opens on August 29 at 6 am. In this post, we want to cover our top tips for winning an opening at Disney and to come out of the experience alive. 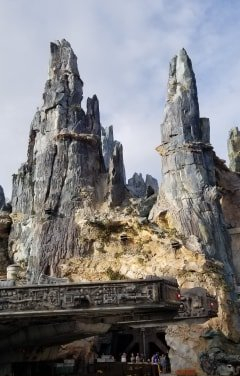 Disney chairman of parks, experiences and products Bob Chapek told CNBC, “One of the wins that we had with the opening of the original Galaxy’s Edge is that we didn’t have the waits. The deep secret is that we don’t intend to have lines … If you build in enough capacity, the rides don’t go down and it operates at 99% efficiency, you shouldn’t have 10-hour lines.”

While many have claimed that because Disney didn’t see hours and hours of lines and annoyed people at the Disneyland opening and that constitutes a failure for the land, we did our research and have a bit of a different take.

For a variety of factors that included, a reservation system, planning and annual passholder blockout dates during and after the opening and more, the land saw small and maneagable lines and positive guest experiences. You can read the entire article regarding the truth about Galaxy’s Edge Disneyland HERE!

So, can we expect the same at Disneyworld? Not exactly.

Disneyland and Disney World are two very different beasts. Disneyland is far less of a destination and much more of a passholder, locals, day trip experience. Disney World on the other hand is thousands upon thousands of hotel rooms, four parks, two water parks and a far less laid back experience. People expect to wait in lines in Disney World; if they don’t, they should.

We expect there to be lines. We expect, especially for opening day, that Galaxy’s Edge will hit capacity and possibly be at capacity shortly after opening. The park will be opening, as mentioned, at 6 am and will continue to do so for the foreseeable future.

Several weeks prior to opening, Disney quietly released information where guests could reserve Savi’s Workshop to build a lightsaber and/or Oga’s Cantina. Even if the park is at capacity, if guests have a reservation for these two experiences, they will be able to get in to the land.

In addition, Disney opened the land two weeks prior to the official opening for Annual Passholder reservations. Annual Passholders were able to get online and book a four-hour time slot during the two-week period and experience the land. That also will help to curb the crowds.

Have a backup plan.

If you are unable to be there at park opening or just don’t make it and the park is at capacity whe you get there and you just don’t want to wait in line, don’t get discouraged and head to another park with the intention of coming back bright and early another day or join the virtual queue.

You should have already downloaded My Disney Experience. The app helps you to plan your vacation, book Fast Passes (not for Galaxy’s Edge), make dining reservations, check itineraries and wait times and so much more.

Once you enter Hollywood Studios, you would use your My Disney Experience app to request to be part of a boarding group, if Disney is using the virtual queue on that day. You will need to link your theme park tickets of everyone in your party together on the app as you would if you were booking FastPass for them in order to request the same boarding group for your entire party.

You have up to two hours to enter the land after your boarding group is called for admission into the land.

For guests not using the My Disney Experience app, a boarding group may be obtained with a park admission ticket at Guest Experience Team locations located throughout the park.

Each castmember in Star Wars: Galaxy’s Edge has a storyline not just the characters like Chewbacca and Kylo Ren but each and every castmember so be sure to get to now your castmembers. There is so much more to experiencing the land than the attraction and the food. Take advantage of the total immersion and get the most out of your time on Batuu by soaking it all in.

There was an error retrieving images from Instagram. An attempt will be remade in a few minutes.