D23, Disney’s bi-annual convention where The Walt Disney Company takes center stage for worldwide announcements regarding what is coming to all of the Disney parks as well as every other aspect of the company, is taking place in Anaheim, California from August 23 to August 25.

This convention is where Disney typically makes the biggest announcements for the company and especially for the future of their theme parks.

Be sure to check out Part 1 of this post which we link HERE and also at the end of this post for even more of what we expect/hope/anticipate seeing at D23!

We expect to hear more about expansions within existing Disney theme parks including additional expansions we think will come to Animal Kingdom, Magic Kingdom and Epcot in Walt Disney World, Disney Cruise Line and Disneyland.

As reported by DSNY Newscast over on YouTube, a timeline of Walt Disney World parks from recent D23 conventions show that Magic Kingdom’s New Fanstasyland opened in 2014, Animal Kingdom’s Pandora which opened in 2017, Toy Story Land at Hollywood Studios in 2018 and 2019 Star Wars: Galaxy’s Edge also at Hollywood Studios helping in the much needed revamp of Disney’s most poorly attended theme park in Orlando. Epcot has yet to be substantially represented at a D23 in some time so it would make logical sense for that to be the focus at this expo.

In addition to the focus being on Epcot, we also expect to see a shift back toward Magic Kingdom for future expansions and a continued revamp of Hollywood Studios to support and offer additional experiences to guests visiting the park and overcrowding Toy Story Land and Star Wars: Galaxy’s Edge.

Why Magic Kingdom? Magic Kingdom’s most recent big change was in 2014 with the opening of New Fantasyland and the big ticket attraction, Seven Dwarfs Mine Train. The Tron Light Cycle was first announced in 2017 at D23 and will completely change the face of Tomorrowland; something we haven’t heard much about from Disney or any other source.

In order for Tron Light Cycle to fit and become “the focal point” of Tomorrowland, which this major E-ticket attraction will surely do, Tomorrowland is likely to get a major face lift bringing about changes and enhancements to almost every visual aspect of this particular land. In addition, enhancements to attractions like Space Mountain, People Mover and Carousel of Progress are not outside the realm of possibility.

It would make sense for Disney to want to up the ante at the most visited park by either announcing enhancements to current attractions, re-imagineering of lesser attended attractions or with the announcement of a Magic Kingdom expansion with a new land or addition to a current land besides Tron, which is set to open in 2021.

Possibly enhancements to current attractions could include Carousel of Progress, which we already mentioned, Swiss Family Robinson Treehouse, Country Bear Jamboree and It’s a Small World. Rumors have abounded regarding Country Bear Jamboree in recent months and although Disney was quick to assure the attraction would remain, it could stand to use an enhancement. It has also been rumored for several months that It’s a Small World will get an update to better resemble the attraction in Disneyland that includes Disney characters scattered throughout.

Additionally, should a nighttime parade (fingers crossed) be returning to Walt Disney World, we expect this to be for the 50th anniversary and we would hear an announcement about this and learn details during D23. 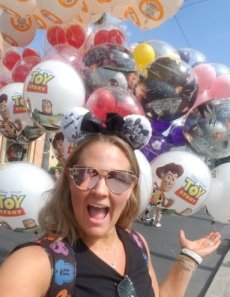 With the 50th Anniversary of Walt Disney World set for 2021, we expect to hear more about updating some classic attractions or experiences at each park. We expect to hear updates coming to Rock N Roller Coaster and possibly Tower of Terror at Hollywood Studios although with the opening of the first part of Star Wars: Galaxy’s Edge set for later in August and then the remainder of the park for December 2019, closing two of the main attractions at Hollywood Studios in the next six to eight months to make enhancements to those attractions would put additional strain on the already packed Toy Story Land and soon to be packed Star Wars: Galaxy’s Edge. For updates to those attractions, we could possibly see a timeline and early renderings for changes but wouldn’t expect work to begin until at least mid-2020.

We already covered much of what we can expect from D23 in regards to Epcot. We expect much of the convention to focus on the Epcot overhaul that involves nearly every aspect of the park. You can read all about that HERE!

One item we expect to be touched on in regards to Epcot is the future of the nighttime spectacular at Epcot. IllumiNations is coming to an end very soon with September 30 being the final show. We know that there will be an interim show called Epcot Forever that will start up immediately following the conclusion of IllumiNations followed by a permanent show that will begin in 2020. We hope and expect to learn more details regarding the permanent replacement for IllumiNations at D23. 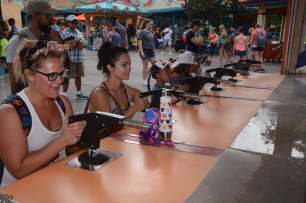 We are anticipating an overhaul to Dino Land to come at some point. Whether that will be focused on at 2019’s D23 or something we will hear more about in coming months or years is yet to be determined.

With three new ships coming to the Disney Cruise Line, many are speculating that we will get official names for those ships at D23. However, it is widely known throughout the cruise industry that should the name of a ship be uttered prior to its official naming ceremony, the ship is doomed. Whether you subscribe to that type of lore or not, we don’t see Disney bucking a cruise tradition such as that just to announce the ship names at D23.

We hope to learn more about the details of the three new ships and more on theming and perhaps a schedule for naming ceremonies for these new ships. The ships are scheduled to join the fleet in 2021, 2022 and the final ship in 2023.

Disney recently and in an uncharacteristic move for the organization, announced a brand new and exciting attraction coming to Disneyland in the form of Mickey’s Runaway Railway which is also expected to open in Walt Disney World in Spring 2020. This close to D23, we would have expected Disney to wait until the convention to make this announcement. Because they made the move on Disney Parks Blog, we are on the lookout for an even bigger announcement coming for Disneyland at D23 that Disney would not have wanted to overshadow the announcement of Mickey’s Runaway Railway.

Lots of information and this could just scratch the surface. It is going to be an exciting convention for The Walt Disney Company and fans alike. Stay tuned right here to For Love of the Mouse for more information as it becomes available and up-to-date information during D23.

Don’t forget to check out Part 1 of this series to get caught up on all things we expect from D23.