Milton Quon, One of the Last Surviving Artists From Disney’s Golden Age of Animation Has Died.

Milton Quon, One of the Last Surviving Artists From Disney’s Golden Age of Animation Has Died.

Milton Quon, an for Disney who was a part of such classics as Dumbo and Fantasia has passed away at the age of 105. 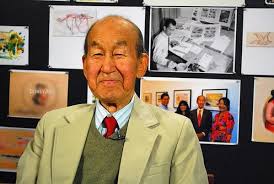 Quon, who was a native to Los Angeles was born on Aug. 22, 1913. He was the eldest of eight children and the only son.

Milton Quon started with Walt Disney Studios in 1939 just after his graduation from what was then Chouinard Art Institute (now the California Institute of the Arts). He was only the third Chinese-American to be hired by the Walt Disney Company.

His work on Disney’s Fantasia included, scenes such as “Waltz of the Flowers” and the “Arabian Dance”. He also served as the first assistant animator in the 1941 animated classic Dumbo.

Quon left Disney, during World War II, to lead a team of artists at Douglas Aircraft who illustrated repair manuals for bombers and transports. Following the war, he returned to Disney and headed up the publicity/promotions department, doing promo artwork for films including the 1946 releases Make Mine Music and Song of the South. 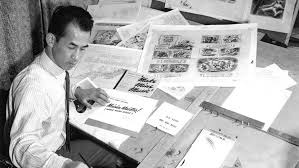 He retired from Disney in 1952 to become the first Chinese-American director for a national advertising agency, BBD&O. Later in his career, he served as the senior design artist for Sealright Co., until his retirement in 1980.

Quon died June 18 of natural causes at his home in Torrance, California, his son, artist Mike Quon, told The Hollywood Reporter. One of the last living artists who worked at Disney during its Golden Age of Animation, he was “drawing right up until his last days,” his son noted.

In 2017, he was featured in a father and son art exhibition in Red Bank, New Jersey, with his son Mike and in a solo exhibition at Santa Monica College’s Emeritus Gallery.

When asked what the secret to a long life was, Quan responded, “A good wife and Chinese food.”

Milton Quon passed on June 18 of natural causes at his home in Torrance, California. As one of the last living artists who worked at Disney during what is known as the Golden Age of Animation, he was “drawing right up until his last days,” his son noted to the Hollywood Reporter.

He is survived by his wife, Peggy; children Mike, Jeff, Tim and Sherrill; and four grandchildren.

Donations in his memory may be made to the Chinese American Museum, the Chinese Historical Society of Southern California or the South Bay Presbyterian Church of Torrance.

Downtown Disney in Disneyland Reopened On July 9 With Huge Crowds Waiting to Enter Following an announcement that Disneyland would be delaying the reopening of their California theme parks following a spike in Coronavirus cases in the state, Downtown Disney, opened its gates to guests…

There sure are a lot of changes happening at Walt Disney World right now. It is no secret that we love Disney’s Magical Express. It is the most convenient service and a wonderful perk for staying on property. One of our favorite aspects of the…

Deep Dive Into The Big Changes at Disney World

Dining Reservations Now Open to All Walt Disney World Guests As previously reported, on May 28, Disney canceled all existing FastPass+ and advanced dining reservations. The move was made to accomodate social distancing guidelines, coronavirus safety measures as well as the new theme park reservation…

Disney Parks Have Started Their Phased Reopening And With That Comes Updated Safety Measures For Castmembers And Guests Castmember previews began at Animal Kingdom and Magic Kingdom on July 7. With the reopening of Walt Disney World Parks and Resorts comes updated health and safety…

Copyright © 2020 For The Love of The Mouse - WordPress Theme : By WP99 ThemesPrivacy Policy